Would you like to switch to the accessible version of this site?

Don't need the accessible version of this site?

Dr. David Chancellor is a native of the Dallas area and a 1975 Graduate of The Texas A&M University College of Veterinary Medicine. He is the founder and current co-owner of Ennis Veterinary Clinic. Dr. Chancellor has been practicing small and large animal medicine and surgery in both Ellis and Dallas counties and the surrounding area since 1975. His primary practice interests currently are medicine and surgery for dogs, cats, horses and cattle. Dr. Chancellor is a long time supporter of the Boy Scouts of America, is very active in the Ennis Gun Club and the National Rifle Association and is an avid hunter, fisherman and outdoorsman. He and his wife Jana have 2 children, Laura and Glenn. 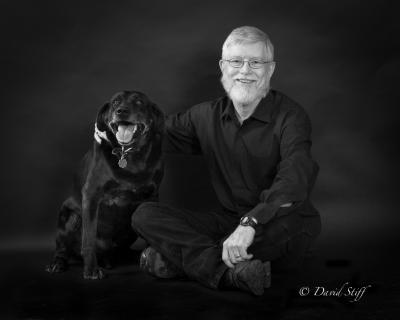 Dr. Mack Boyd is a native of Navarro County and grew up on a farm that has been in his family since 1892. He is a graduate of Texas A&M University where he received a Bachelor of Science degree in Animal Science in 1979 and his Doctor of Veterinary Medicine degree in 1983. Dr. Boyd and his wife Molly moved to Ennis in 1987 to work at Ennis Veterinary Clinic and subsequently became a full partner in 1990. His practice includes medicine and surgery for dogs, cats, cattle and equines. For many years he has enjoyed sharing his veterinary skills and knowledge with impoverished people around the world through short term veterinary mission trips. He also served the Ennis community from 1999 to 2014 as a member of the Ennis Independent School District Board of Trustees. He and his wife Molly have two children, Jamie, a graduate of Texas A&M University and Rob, a graduate of Abilene Christian University. Dr. Boyd seen here with Betik. 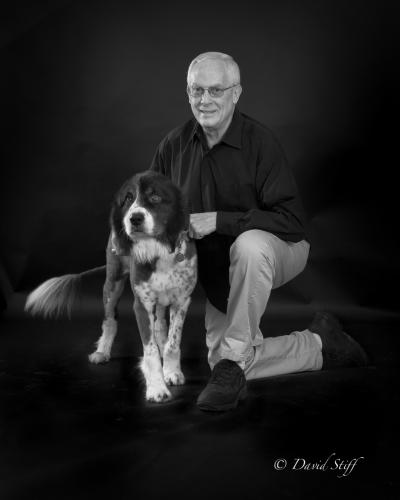 Dr. Gary Wilson grew up in Dallas, Texas. He attended “The University” in College Station, Texas receiving a Bachelors Degree in Biomedical Science in 1972. He received his Doctor of Veterinary Medicine Degree from Texas A&M University in 1975. Dr. Wilson’s practice interest is primarily medicine and surgery of canines and felines. He is married to his wife Cheri and they have a combined family of 3 sons and 2 daughters. They have also been blessed with 5 grandchildren. He joined the staff at Ennis Veterinary Clinic full time on July 11, 2006 after owning 2 animal hospitals in the Houston area. According to Dr. Wilson, his best days are spent riding the hills and curves of the country roads on his Harley. Dr. Wilson seen here with his friend, Roscoe. 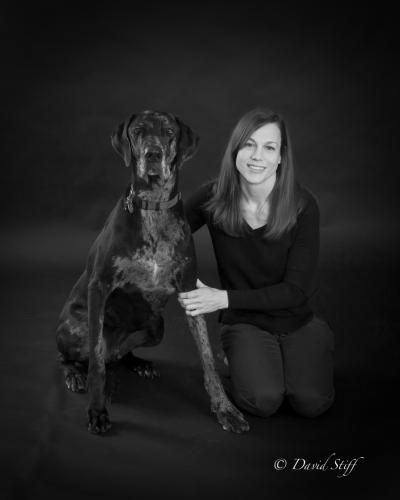 Dr. Courtney Wade grew up in Benbrook, Texas near Ft. Worth. She attended The University of North Texas where she graduated with a major in Biology and a minor in Chemistry. She attended Texas A&M University College of Veterinary Medicine where she received her DVM degree in 2005. While at Texas A&M, Dr. Wade received the Gentle Doctor Award during her 4th year, recognizing her gentle nature with animals. Dr. Wade's primary practice interest are small animal medicine and surgery. She likes to spend time with her three kids, her great dane Hank, and her cat, Rooster. 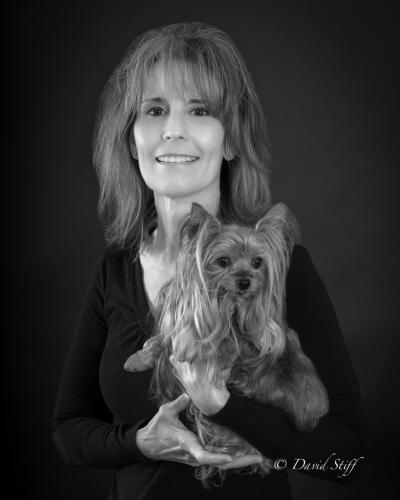 Annette Hornik is one of the smiling faces that you will see at the front desk of Ennis Veterinary Clinic. She has been an integral part of the daily operations of the clinic since 1983. Annette grew up mostly in the Ennis area and is a graduate of St. John High School in Ennis. Annette has been a life long lover of animals of all kinds. She and her husband Robert have been married for 37 years and have a house and farm full of animals. Their “herd” includes cattle, sheep, chickens, cats and a donkey along with a special dog named Pebbles. She’ll be looking forward to seeing you on you next visit! Shown here with Pebbles. 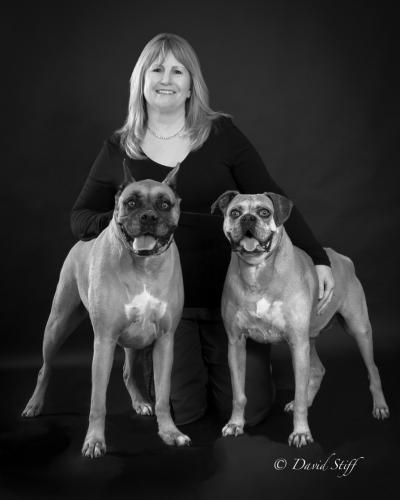 Cathy Johnson is likely to be one of the first people you meet when you come to Ennis Veterinary Clinic. She has been a receptionist here since 1995. She and her husband Donel have 4 children, and 4 grandchildren. They have 2 dogs, 4 horses and 4 cows. Cathy loves animals and loves working in the family atmosphere of Ennis Veterinary Clinic. Cathy is shown here with Bella and Brinklie. 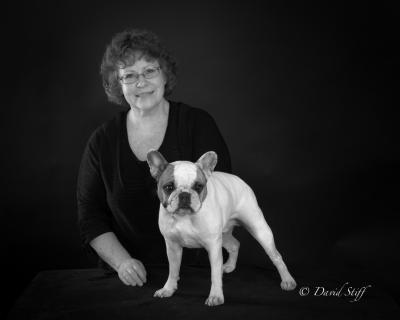 Cindy Krause, Licensed Veterinary Technician, is a native of Colorado. She completed her veterinary technician training at Bel-Rea Institute of Animal Technology, followed by an externship in the veterinary department of Colorado State University, in May 1977. After that she headed straight for Texas! She worked in a mixed veterinary practice and for the University of Texas Health Science Center before being asked to teach for the Cedar Valley College Veterinary Technology program. After 17 years teaching in the Vet Tech program and another 13 years in the Science Department, she was able to retire and return to her profession as a Licensed Veterinary Technician here at Ennis Veterinary Clinic. Taking care of you and your pets is a real passion of hers. In her spare time, Cindy enjoys working as a permitted wildlife rehabilitator. Cindy is shown here with Luc. 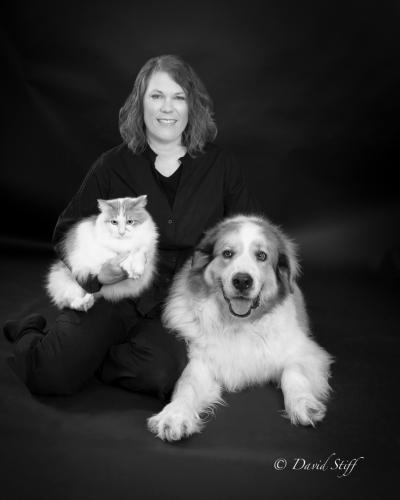 Karen McMillan is a Licensed Veterinary Technician and graduate of Cedar Valley College. She joined the team at Ennis Veterinary Clinic in August 1998. Karen has 20+ years of veterinary technician experience. Over her career she has worked in small and large animal practices and also has experience with exotic animals and in emergency hospitals. She is the proud owner of horses, donkeys, dogs, cats, rabbits and chinchillas! She says that the creatures she loves the most are her husband William and their 4 children. In her spare time, Karen manages wildlife property and volunteers in a variety of community functions. She is shown here with Pasley and Bernard. 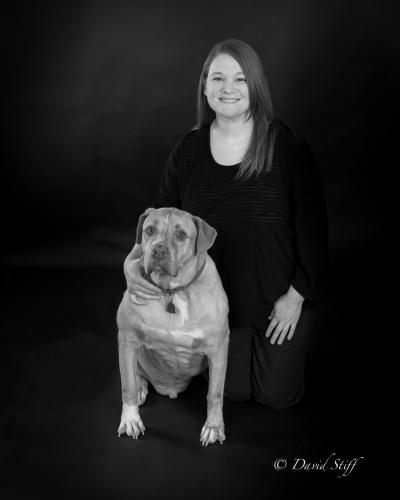 Melinda Rateliff is a Licensed Veterinary Technician who began her career at Ennis Veterinary Clinic as a part time employee when she was in high school. With the support and encouragement of her co-workers, she attended Cedar Valley College, graduated and received her Licensed Veterinary Technician certification in 2005. Melinda truly enjoys being a part of the Ennis Vet Clinic team and caring for animals. Her favorite parts of the job are the dental cleaning procedures that she does for your pets and assisting with various small animal surgeries and wound treatments. Giving back to the community is a very important priority for Melinda. She is one of the local coordinators and leaders for the American Cancer Society Relay For Life and takes a very active part in sponsorship, event planning and fundraising. Melinda is shown here with her friend Brick. 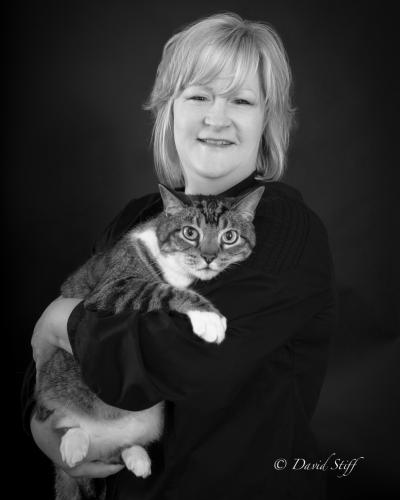 Roxanne Martin is a veteran of more than 34 years with Ennis Veterinary Clinic. She grew up mostly in Palmer, Texas and graduated from Palmer High School. When she began her service with Ennis Veterinary Clinic, she was one of only 2 staff employees in addition to the 2 doctors at that time. Roxanne currently assists the doctors with treatments and surgeries on both large and small animals, assists with accounts payable and does the ordering and merchandizing for the Hill’s Science Diet products. She and her husband Kelly have 2 children, 6 grandchildren, and a cat named Punk. 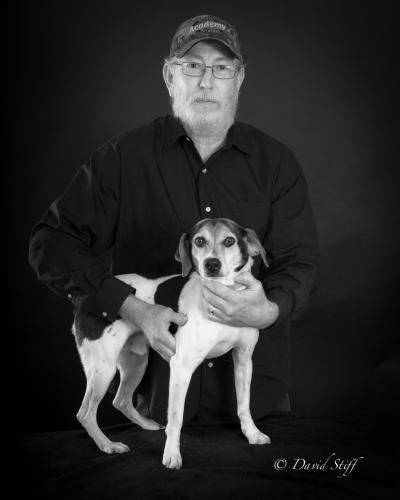 Find us on the map

What You Can Do to Protect Your Dog from Worms

Do you know how to keep your dog safe from worms? ...

How to Pet-Proof Your Home

Does Your Cat Need a Bath?

Are you wondering if your cat can benefit from a bath? ...

How Healthy Are Your Pet's Teeth?

Do you know the facts about pet dental health? ...

What Your Cat's Eyes Can Tell You

Could your cat's eyes offer information about its moods? ...

The Best Dog Breed for Your Personality and Lifestyle

If you're looking for a dog breed that has the temperament to match yours, these tips will help you find a great match in your new pet. ...

Signs That Your Cat is Experiencing Pain

Do you know how to prevent pet holiday mishaps? ...

Many dog owners admire the unique looks and personalities of purebreds, but also worry about the fate of millions of pets euthanized each year. What many people don't realize is that there are specific breed rescue organizations for almost every breed of dog, placing dogs in need to new homes. Dogs aren't ...

Does Your Dog Have a Sleep Disorder?

Wondering why your dog seems tired during the day? A sleep disorder could be to blame. ...